It was wet, very wet.

15 entries but Craig Hodge was a non starter so 28 dripping people attending the briefing where it was hoped there would be 3 rounds of 6 sections in the morning and 2 in the afternoon. Tyre pressures had been set at 2psi and would remain so all day.
Sections 1- 4 were mostly in the open on thick grass, 5 and 6 in the trees.

After the first round Dave Hailes on 18 was 7 points ahead of his nearest rival.

Because of the rain, which although anticipated on the Friday when setting out, difficulties were experienced in the woods and there was considerable delay. It was decided to restrict the morning to 2 rounds.

The scores now showed Andy Wilkes stamping his authority on proceedings having dropped 35 with Pat Henson next up on 50 closely followed by David on 52 but still best semi-expert.

Mike Readings must have had something special to eat as he was the only one after lunch to return a score in single figures for the round. This had the effect of moving him up to 3rd overall.
The rain had eased by lunchtime and it was a pleasant afternoon.

Winners of the Bisley Trophy were John and Ann Cole and John’s normally wide smile was bigger than ever. 1st semi-expert driving very well all day was David Hailes and Andy Westmancote.
Overall winner, Andy Wilkes and Mark Smith collected two more glasses for their ever increasing collection.
Owing to too few entries an award could not be presented to Paul and David Brock first in the novice class.

The only retirement was the double entered car of Stephen and Glen Wicken who dislodged the sump which allowed oil to seep out until the engine cried enough.

My thanks as always go to Peter Gibbons who did all the paperwork and marshalled, Carol Greening who did all the scoring and bounced all day. All the other marshals including Jonathon and Francis Gibbs all the way from Rugby. 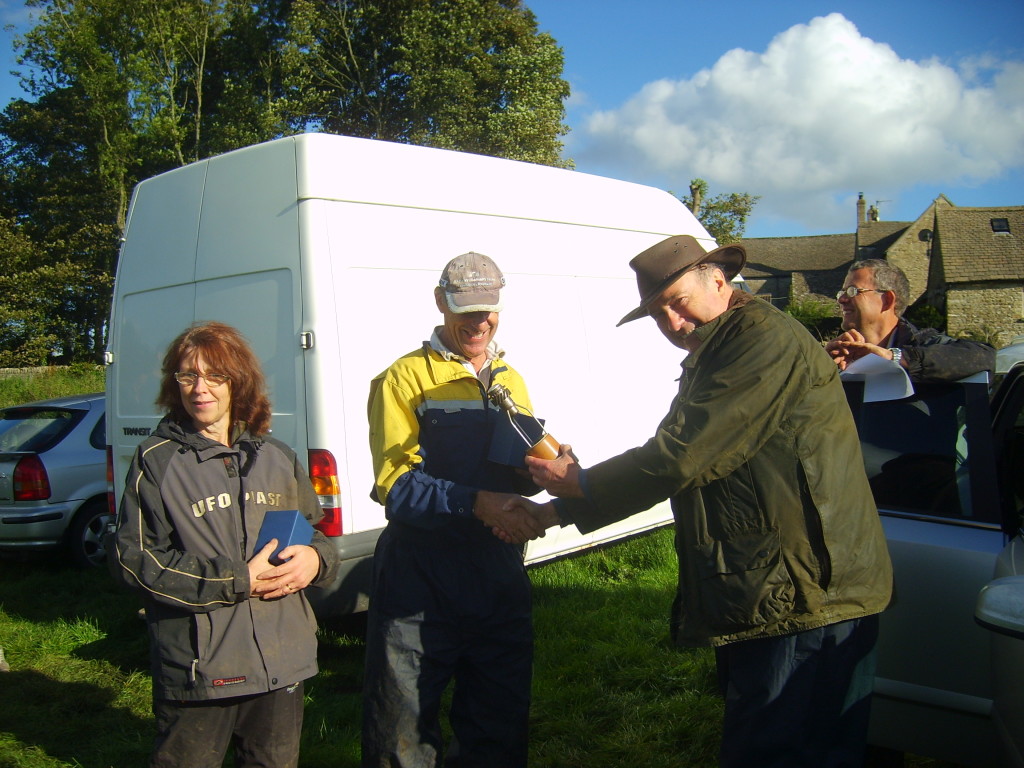